The township of Upwey was named Glenissa by a Mr. Ferguson. This was changed to Upwey by the influence of Mrs Tulledge, who lived in Birdwood Avenue, Upwey and had originally lived in the Upwey, Dorset, England.

The narrow gauge railway was started in 1900, and it was around 1919 when large land sub-divisions were taking place. Petrol was 1/10d per gallon bread 7d per loaf. The first church in Belgrave was the Union Church opened in 1921, and Dr. Jorgensen commenced his medical practice in 1923. Electricity first came in 1921, through private enterprise and later by the S.E.C. The police department posted a mounted trooper in Belgrave and his area extended from Boronia to Lysterfield, to Menzies Creek, through to Silvan. The entire hills population was controlled by the Fern Tree Gully Shire Council, and in 1928, the population was 4752.

The land on which the bowling club now stands was owned by a Mr. L.G. Knight, father of Mrs. Alan Dawson – Carriers – who sold it to the Shire of Fern Tree Gully for £350 in 1927.

In order to get sporting facilities started a gymkhana was held on the land later in the year to raise money to get the ground in order. This gymkhana was opened by the then Prime Minister of Australia, the Right Honourable, Stanley Bruce. Mr. Duncan Snr., father of the Upwey member, Peter Duncan, was president of the Reserve Committee, and had the honour of welcoming the P.M. on the day.

Before commencing the history of the club, it is worth mentioning three organizations involved in the establishment of the Upwey Tecoma Bowling Club, but which are no longer in existence.

1. The Tecoma Theatre – where the inaugural meeting was held. It is now a veterinary surgery.
2. The Belgrave Bowling Club – situated where the Puffing Billy Station now stands. There are no records of this club after 1940.
3. The Commercial Banking Company of Sydney – Belgrave Branch – the club’s first which was closed in 1932.

The decision to form the bowling club was made at a meeting of about 30 people in the then Cameo Theatre in Tecoma on September 18, 1928.

A committee was elected and an auxiliary of 12 women was formed to help raise funds. An early fund raising event, at Upwey was opened by the then Prime Minister, Lord Bruce.

At a committee meeting held on the 18th August 1928, it was decided to apply for membership of the Victorian Bowling Association and to invite Mr Grut of that organization to advise on the best position for the proposed greens and the method of constructing same. The Hon. Secretary was instructed to ascertain costs of obtaining water by means of (a) a RAM and (b) an electric pump. Mr. Gordon and Mr. Carter were the club’s first delgates to the VBA. Finance to pay for the construction of the green was through donations and debentures.

Mr. Crow received a letter from the shire secretary stating that the Upwey Recreation Reserve Committee, had full power to give the bowling club a lease of a site for the green. This still applies. It was agreed that the construction of the green would proceed as soon as £100 was in hand. Tenders were called by advertisements in the ‘The Age’, the ‘Argus’ and the ‘Ferntree Gully News’.

Several replies were received but were unacceptable, and Mr. Blenkiron moved that no tenders be accepted and that the committee purchase the material required and employ day labour. The construction to be carried out under the supervision of some person appointed by the committee. Mr. Crow was appointed to this position. After overcoming some problems, the greens were finally opened for play on the 4th December 1929, by Lieutenant Knox, later Sir George Knox.

Other members of parliament, Shire President, and Shire President of Ferntree Gully Shire, and all local clergy were invited. The first kitty was thrown by Mrs. Crow, wife of the President, the first bowl was delivered by Mrs. Carter, President of the Ladies Auxiliary. A dance and card evening was held in the Upwey Progress Hall, since destroyed by bush fire. The first green, cost £325. The original green used from 1929-1945, consisted of four rinks. This means only 32 players. In April, 1945, a contract was let after five tries to extend the green by two rinks. Mr. Herb Ault, Secretary of the club for many years, contracted to add the two rinks for the cost of £40.

This was agreed to. In 1960, application was made to the reserve committee for further land, and a contract was let to construct the green on the south west of the existing green, the original quote for this was £2,100. After much litigation the green was finally completed by the greenkeeper, Mr. George Douche, and the green was named the ‘Collins Douche Green’, after the President and greenkeeper, but it has become known as the back green.

In the early days the accommodation for members consisted of a small building which was known as the shed. As the club had many debts for green construction etc., a pavilion was not erected until 1952, at a cost of £794.18.4d, this building was erected by Mr. Don Pitts, and as he was a member of the club, he had to wait some time for settlement. The old shed was sold for £30. In 1962, it was decided to move this pavilion, to the west side of front green, and at the same time add extensions. According to a press report this took only 16 days!

Other additions to the club and grounds were the erection of the gates in 1946, at the entrance to the green on Alexander Avenue. These gates were opened by Councillor B.S. Stillwell, who gave a substantial donation towards their cost. Councillor Stillwell also donated a silver cup for competitions within the Club. In 1965, the front green was lit for electric light play, which commenced in January, 1966, which was paid for by club debentures.

Upwey Tecoma Club, was responsible for the organising of the ‘Mountain District’s Bowling Association’ and pennant was played in this association from 1929-1940. The association consisted of three clubs: Belgrave, whose rink was where the present Puffing Billy station is, Sassafras and Upwey Tecoma played each other twice in a season. In 1938 Berwick and Warburton were added to the association.

In September 1941, Upwey Tecoma joined the Metropolitan competitions in ‘C’ grade section 5 and has continued to play in the metropolitan to the present time, except for two years during the war, when no transport was available.

In August 1953, the ladies club was formed and accepted into the Victorian Ladies Bowling Association.

The ladies played pennant in the Mountain District Bowling Association, but were accepted into the Metropolitan League pennant competition in 1953.

In the life of any club there are many notable events that occur. Sometimes these events occupy a moment in time others span the years.

This writer owes much to former secretaries of the club who have not only chronicled the club’s journey in time but have produced wonderful summaries from those journals. 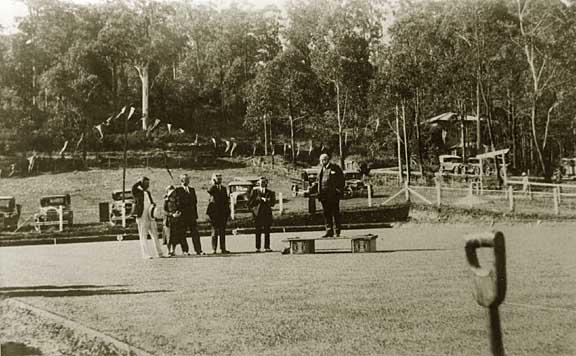 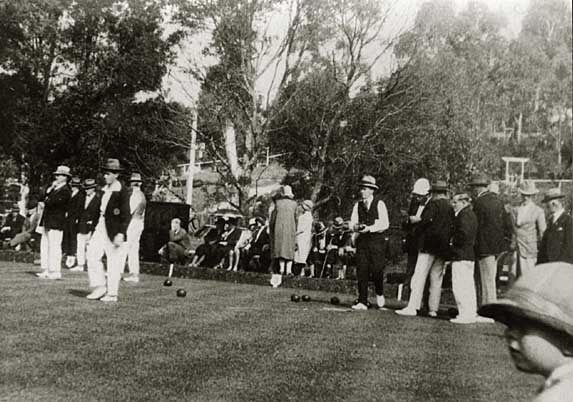 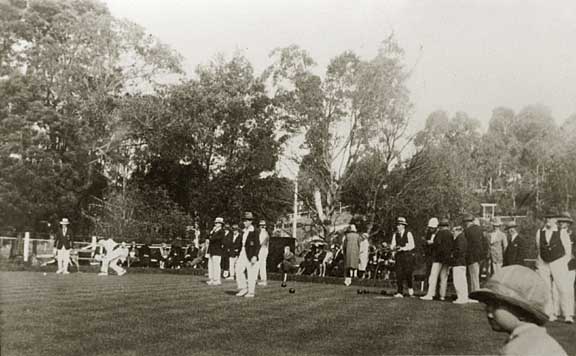 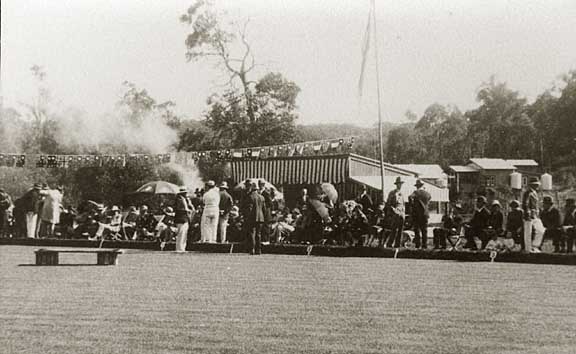 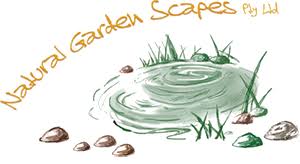 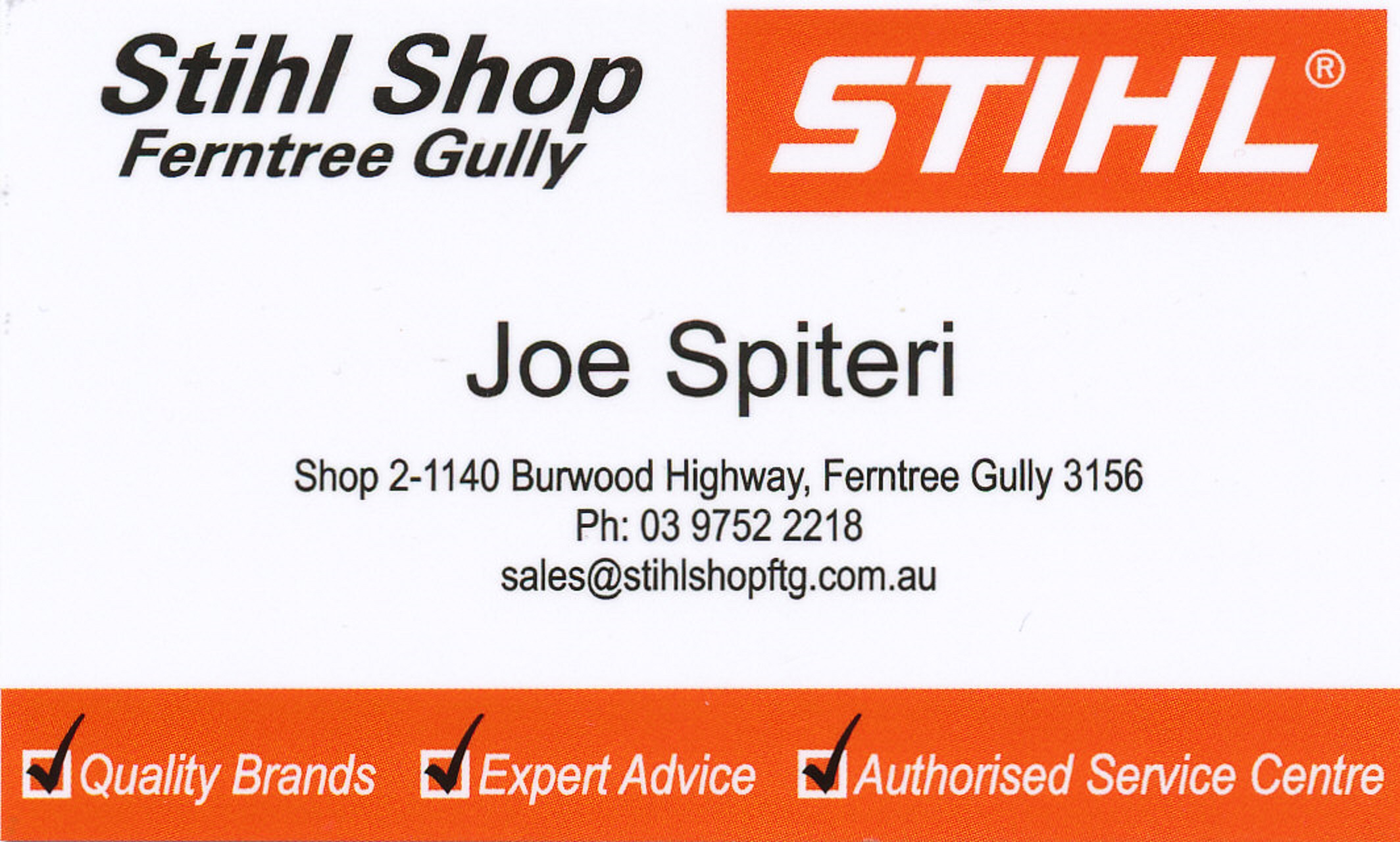 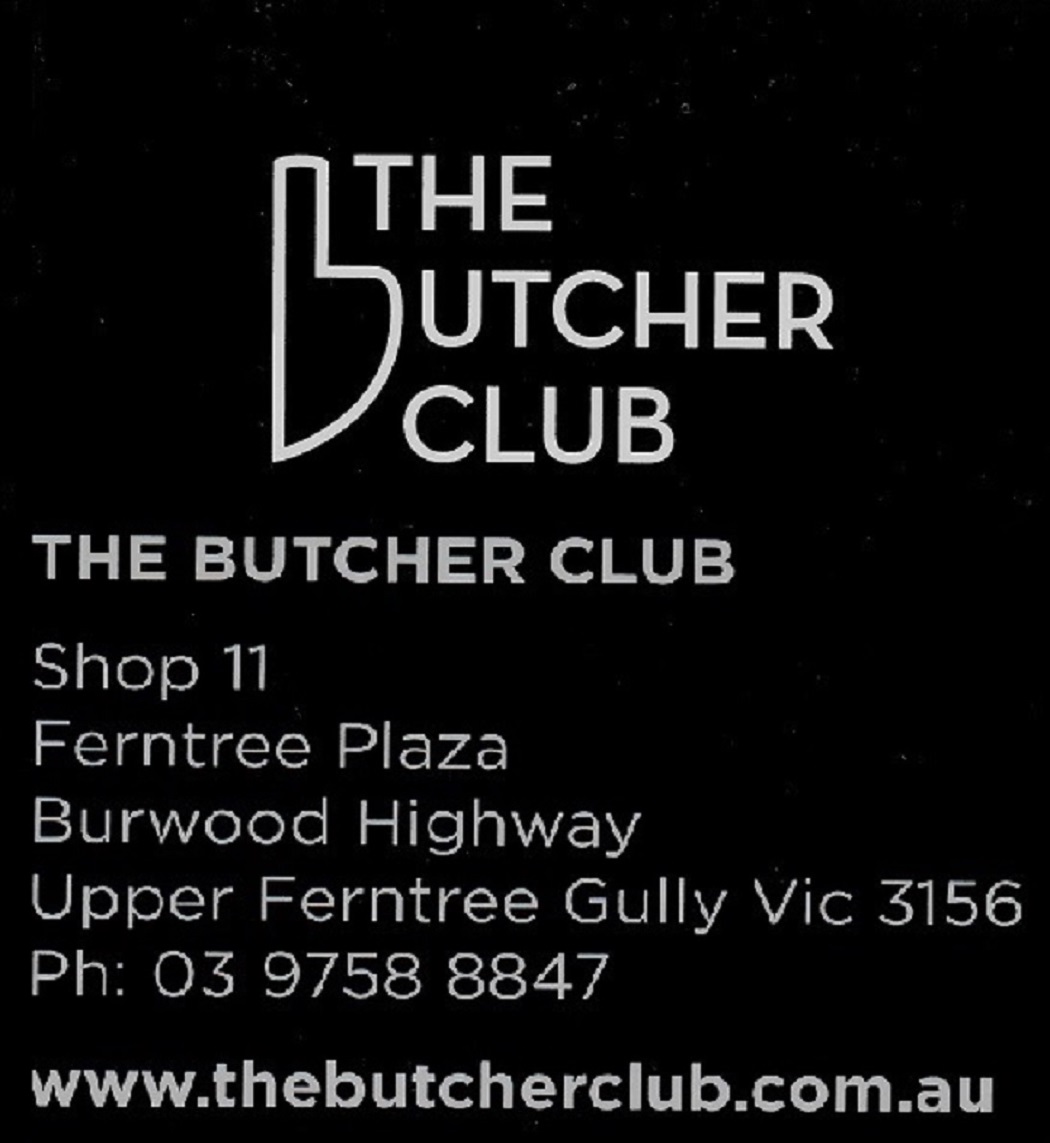 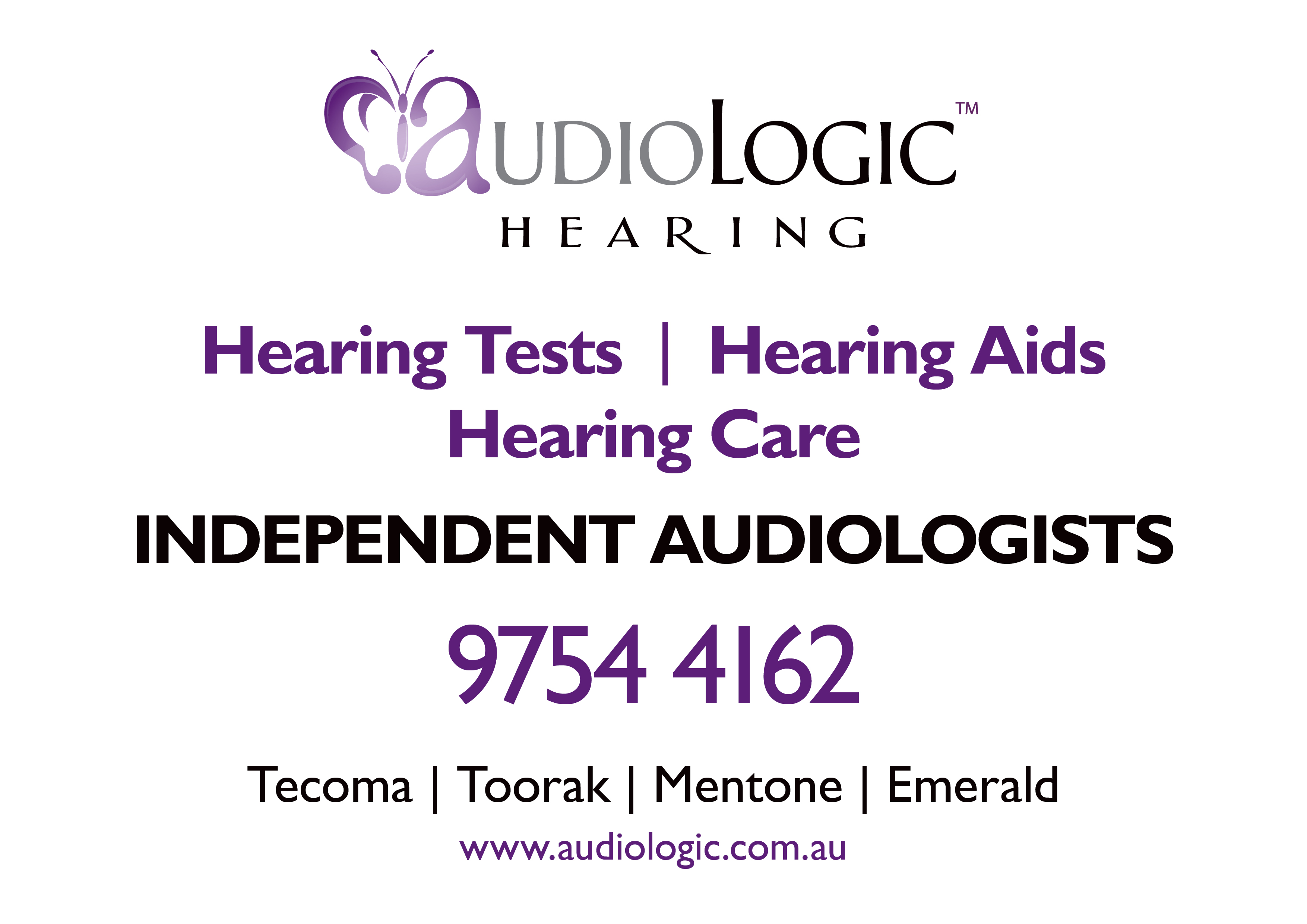 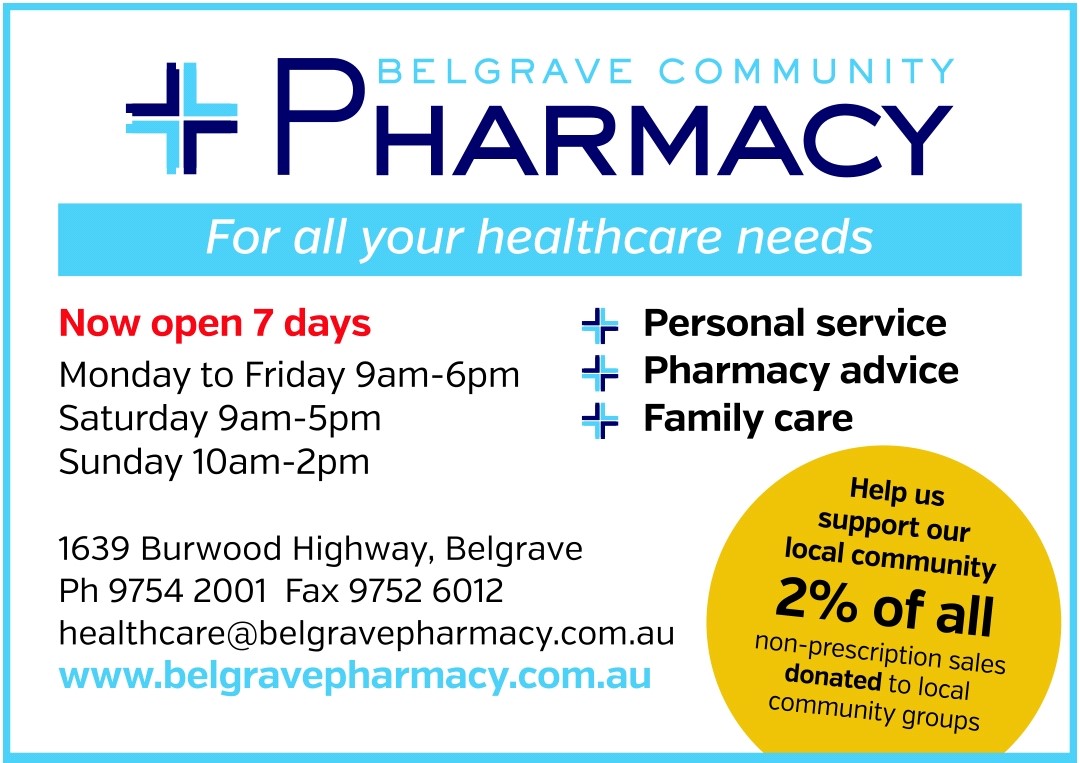 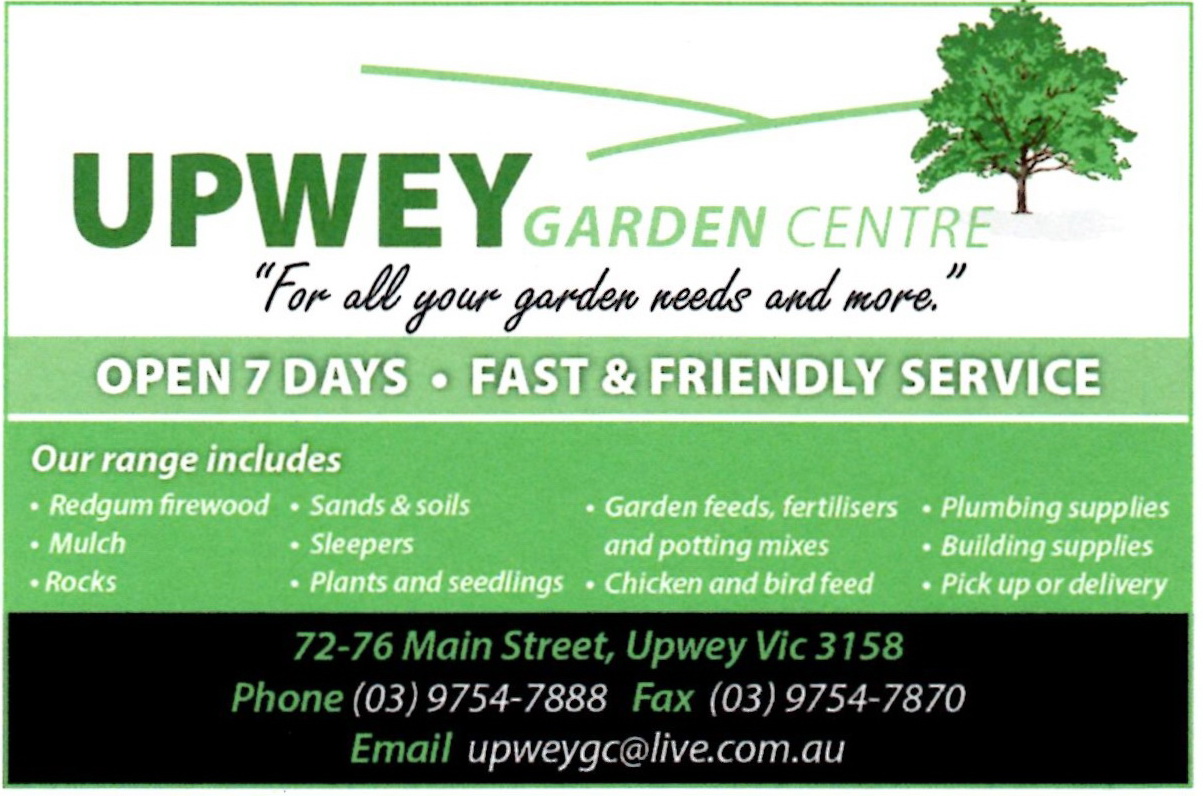 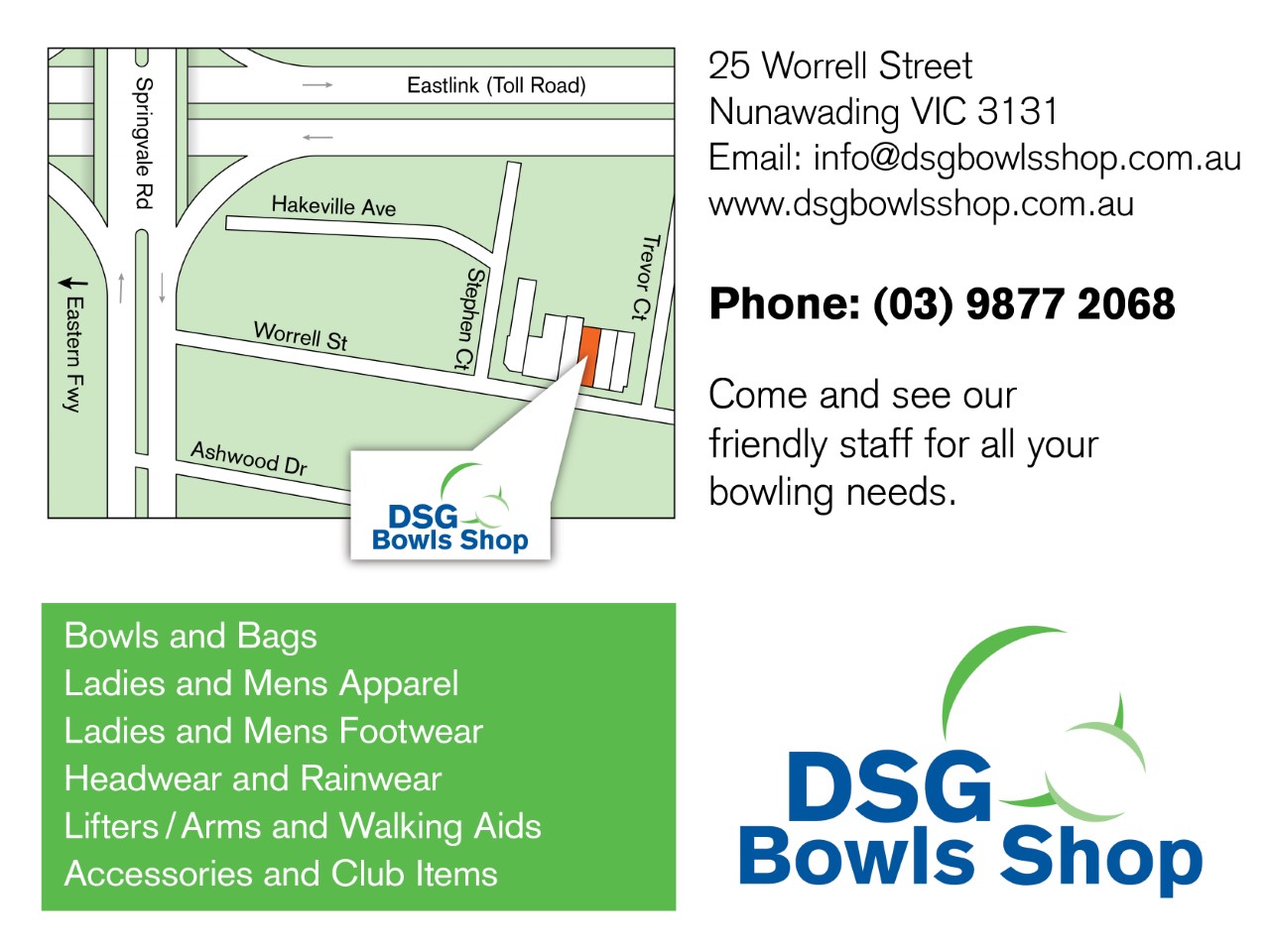